Emil is a Swedish journalist and founder of @Daily_Paintings, one of Instagram’s biggest art history accounts. He is convinced that social media will change the art history canon and will show that the internet’s most popular painting is not the one you’re thinking of. 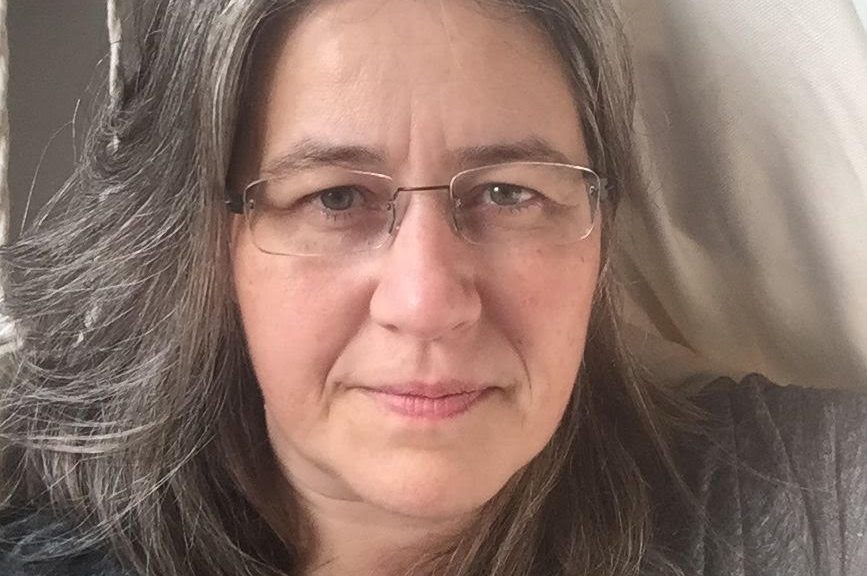 Saskia Scheltjens (BE/NL, 1970) studied literature & linguistics and information & library science at the University of Antwerp (Belgium). She is an experienced information manager who has worked in the university and museum world in Belgium and the Netherlands. In 2016 she became the head of a new department called Research Services in which the Rijksmuseum Research Library, the collection information department, collection IT and the reading and study rooms will work more closely together. The aim is to develop new tools and services for researchers on top of very hybrid, rich and open collection data. 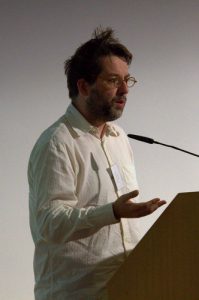 Bert Lemmens is project manager at PACKED vzw, Center of Expertise for Digital Heritage. He is mainly involved in the projects CEST (www.projectcest.be), MEDEA (https://medea.weopendata.com/) and PREFORMA (http://www.preforma-project.eu/). Bert has worked a.o. for Amsab (Institute for Social History, Ghent) as researcher in the European project HOPE, for MovE (cultural heritage aggregator of the province of East-Flanders) and for the NAI – Netherlands Architecture Institute as a collection registrar. Bert holds a master’s degree in art history and a master’s degree in conservation. Currently Bert is the WPlead on requirements and assessment in the PREFORMA project. 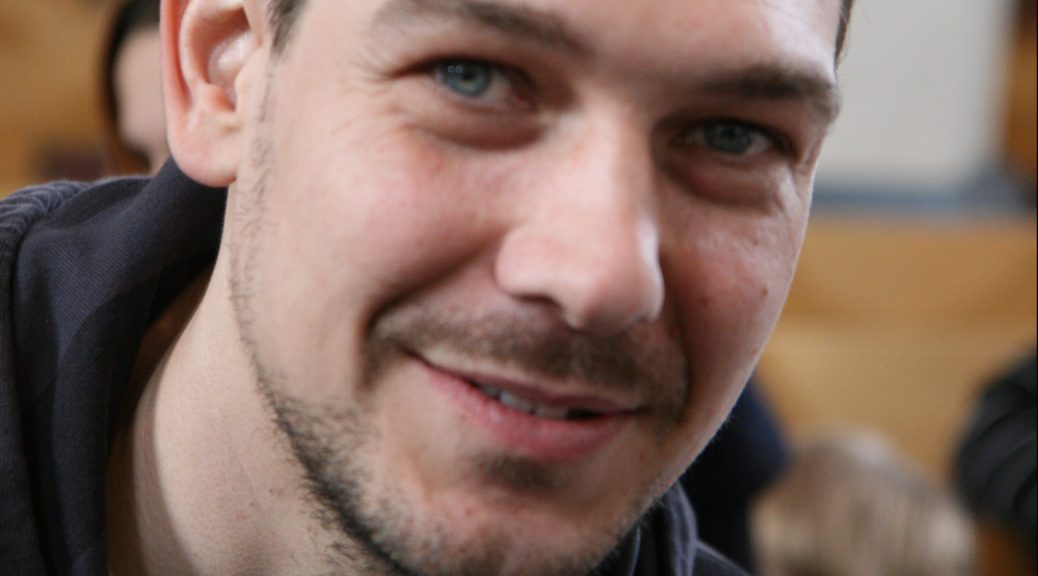 Dieter Suls works as a science librarian at ModeMuseum (MoMu) in Antwerp. Over the years, he coordinated many heritage projects such as Europeana Fashion, Contemporary Fashion Archive, the Visual Thesaurus Fashion and Costume and set up a study collection for MoMu. 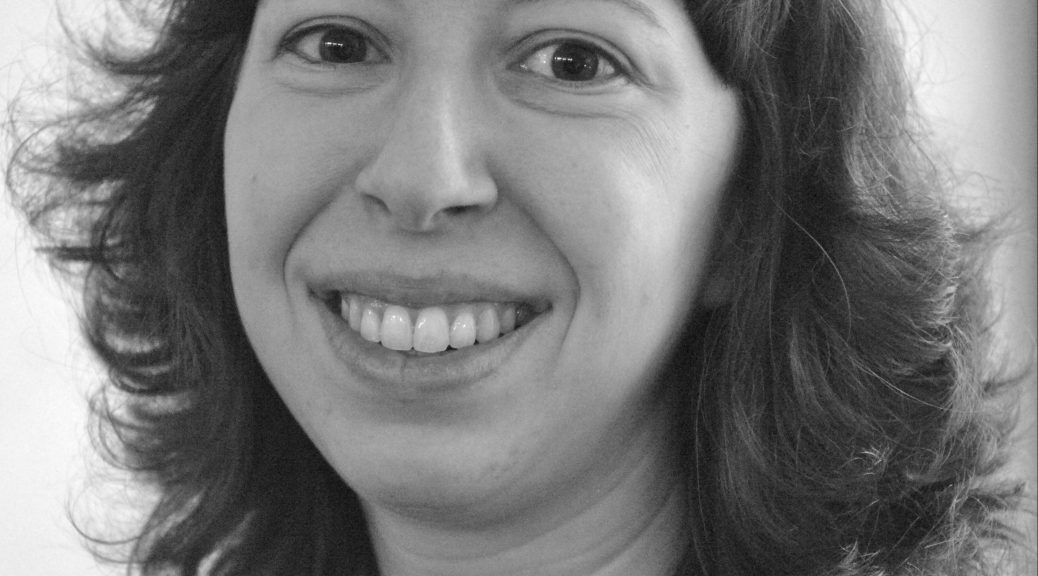 Gwenny Vlaemynck is project leader at the bibliographical center at Cultuurconnect, the centre for digitization for public libraries and cultural centres. Together with the Open Vlacc catalogers she keeps the library classification systems up-to-date and looks for the most relevant keywords, themes and genres to make the content of the public libraries available. The catalogues of the Flemish public libraries are enriched by information about authors from Wikipedia.

Sandra Fauconnier (BE/NL, 1973) is an art historian with a particular interest in new technologies. She wrote her master’s dissertation about internet art (1997) and has been active as projectmanager and producer of internet- and videoprojects in the cultural sector for over 15 years. Since 2003 she is an active contributor to Wikimedia projects and often collaborates with cultural heritage institutions to help them share their images and data through Wikipedia, Wikimedia Commons and Wikidata. 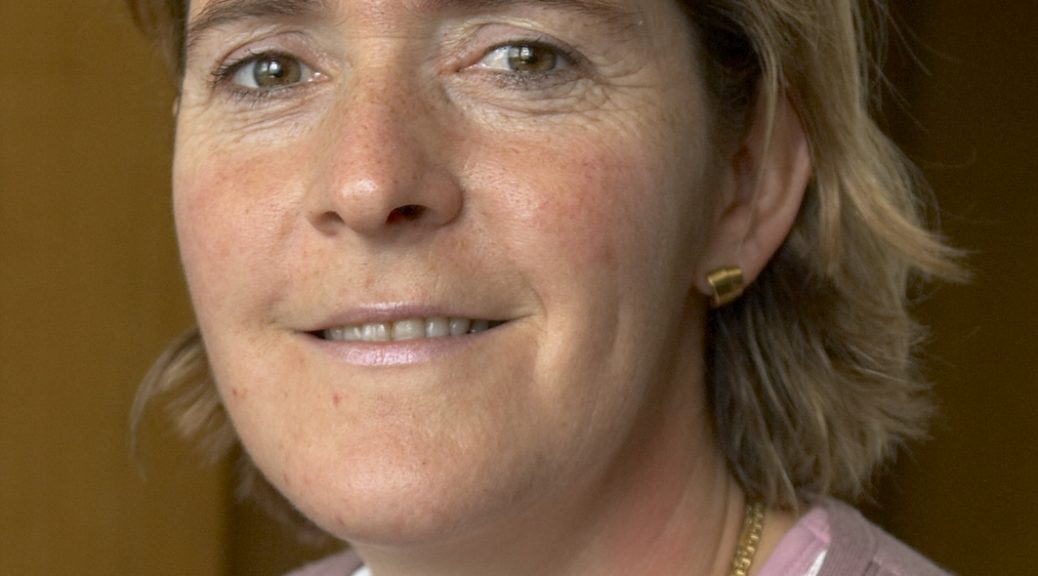 Hilde De Clercq is a chemist and obtained a PhD in science, polymer chemistry at the University of Ghent (1993). Since October 1994 she works as researcher in the department Laboratories of the Royal Institute for Cultural Heritage (KIK IRPA), Brussels. From December 2006 she is the Head of this Department as well as the head of the section Monuments. 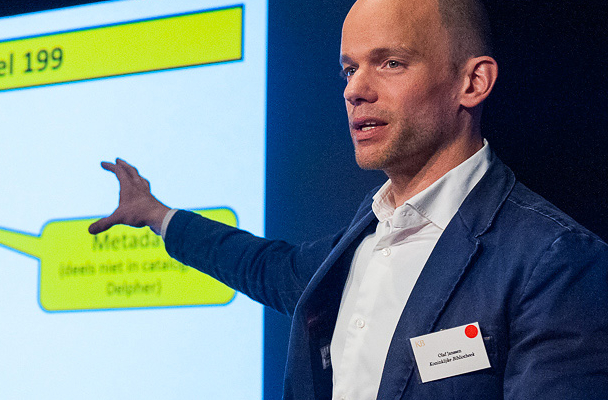 O.D. (Olaf) Janssen (Dongen, 1973) studied astronomy in Leiden and has been active in the library and heritage field since 2001. He is co-founder of The European Library and a pioneer at Europeana, the European Union cultural heritage platform. He is currently working on  Open Data & Wikimedia-coordination at the National Library of the Netherlands (KB) in The Hague. He stimulates and facilitates activities that open collections, knowledge, data and bring the staff at the KB and the projects of the Wikimedia movement, such as Wikipedia, together. He is also active in the movement as a volunteer. 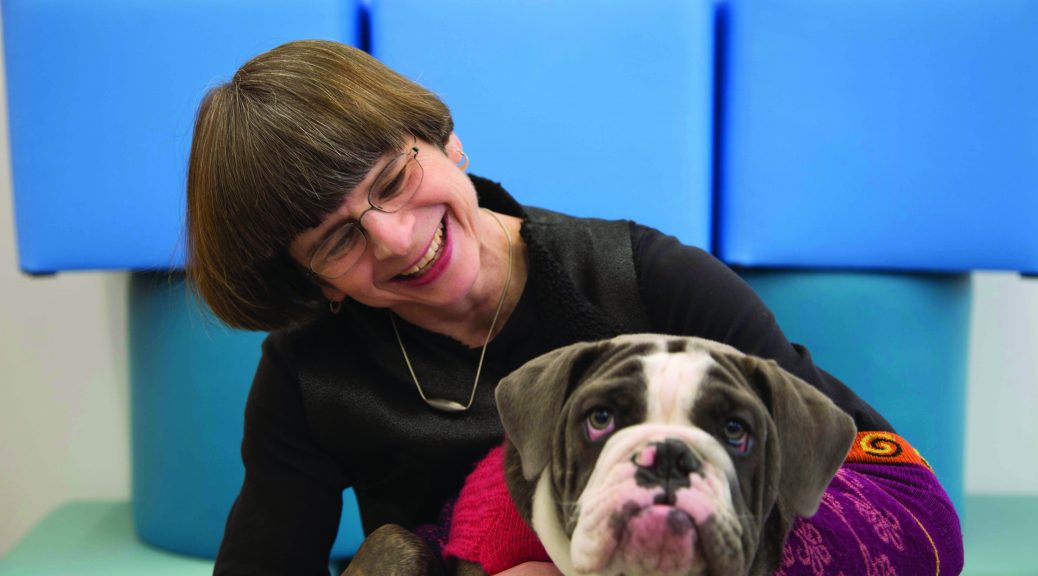 GLAMS in a Digital Future

Times of rapid change challenge organizations to revisit the assumptions underlying their existing practices. Some companies thrive by reinventing their business models while others fail to understand how their strengths align with new opportunities. GLAMs (Galeries, Libraries, Archives, Museums)—as individual organizations and as a sector—need to examine how the rise of open, digital culture may transform the core value they offer to society.

About Elizabeth Merritt
Vice President, Strategic Foresight and Founding Director, Center for the Future of Museums, at the American Alliance of Museums

Believing that museums can change the world, Elizabeth Merritt is devoted to helping museums create a brighter future for their communities. As founding director of the American Alliance of Museums’ Center for the Future of Museums, she applies the tools of strategic foresight to the nonprofit realm. Ms. Merritt conducts trends forecasting and scenario development for museums, sharing her work through publications, social media and presentations. She is the author of CFM’s annual TrendsWatch report and produces the weekly e-newsletter Dispatches from the Future of Museums. She frequently keynotes at conferences in the US and abroad. In recent years, her work has expanded to encompass libraries, orchestras and opera as well. Elizabeth earned has her B.S. from Yale and an M.A. in cell and molecular biology from Duke University, as well as training in futures studies at the University of Houston.